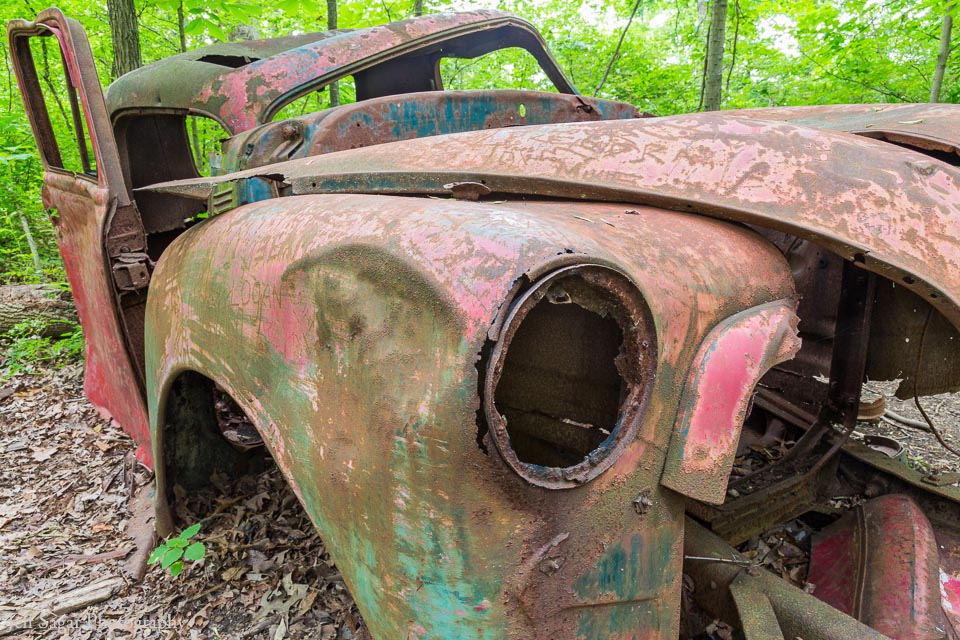 A photographer friend of mine told me about an old rusted truck he had photographed recently in Battelle Darby Creek Metro Park, just southwest of Columbus, OH.  After he showed me a few pictures that he had taken of it, I decided to go photograph it myself since I had not photographed this type if subject before.

Battelle Darby Creek is one of the larger metro parks in the system and features more than 7,000 acres of prairies, fields, and forests along the Big and Little Darby Creeks.  The Darby Creeks are noted nationally for their tremendous diversity and abundance of aquatic and terrestrial plants and animals.  Fortunately I knew the general area of the park that the truck was in, but I had not hiked the trail the truck was on.  My friend told me that the truck was hidden by trees and bushes and hard to see even though it was not more that 10-15 feet off the trail.  He was right, it was definitely hard to see and only after a few helpful text messages from him was I able to find it.  By the time I started shooting, it was after 7 PM and the light was already starting to fade given that the truck was situated in a relatively heavily wooded part of the park so I had no more than an hour to work.  As you can see there isn’t much of the truck left, but fortunately there was room all around the truck so I was able to shoot from a variety of angles and perspectives.  It was a fun shoot and a nice little adventure. 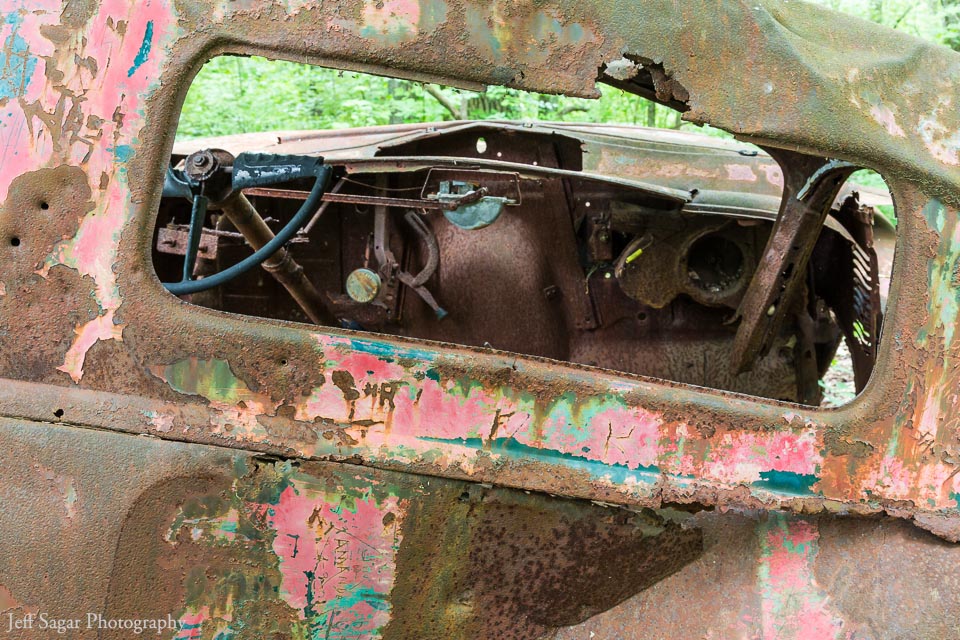 Looking through the rear window – Click image to enlarge