A strange and rare winter weather marvel appeared earlier this week called Snow Rollers. Snow Rollers are weird cylindrical snow formations that are formed naturally as chunks of snow are blown along the ground by wind. Once the “seed” of the snow roller is formed, it begins to roll, and pushed by the wind it collects additional snow from the ground as it rolls along leaving a trail behind it. 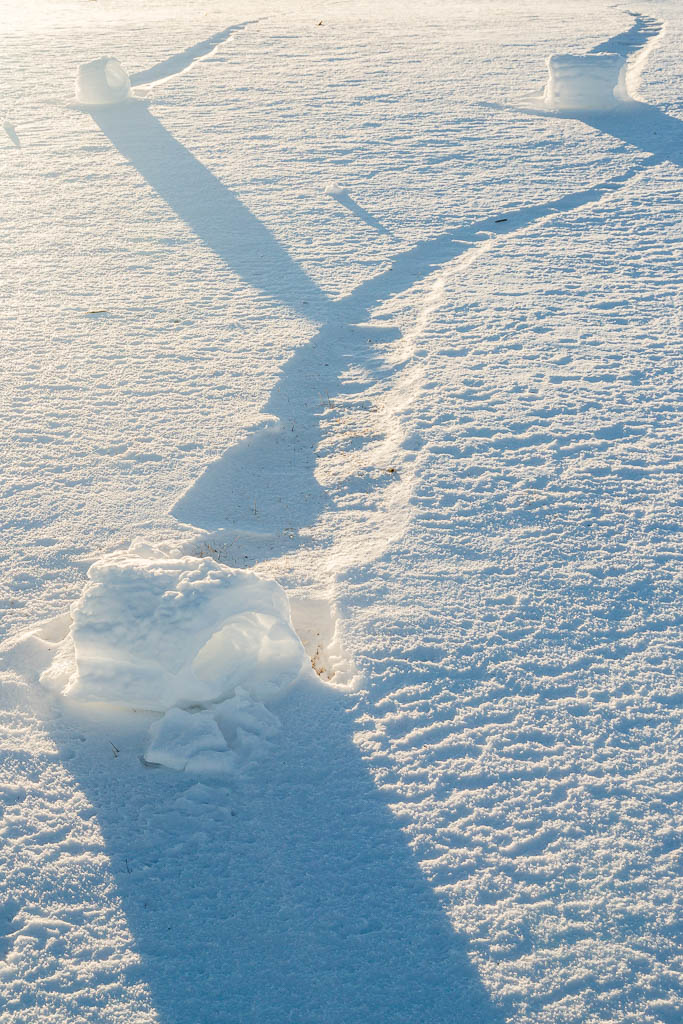 The precise nature of the conditions needed to form snow rollers makes them a very rare phenomenon. I have never seen or heard of Snow Rollers, so I just had to go out and photograph them despite the subzero temperatures. I waited until just before sunset to take this shot so that the light of the setting sun would light up the snow roller showing its many layers. I positioned the camera low and very close to the snow roller to create a more dramatic effect using the trail. The actual air temperature when these shots were taken was about -5 degrees, brrrr!